Leadership Lessons from The Beatles’ ‘Get Back’ Documentary 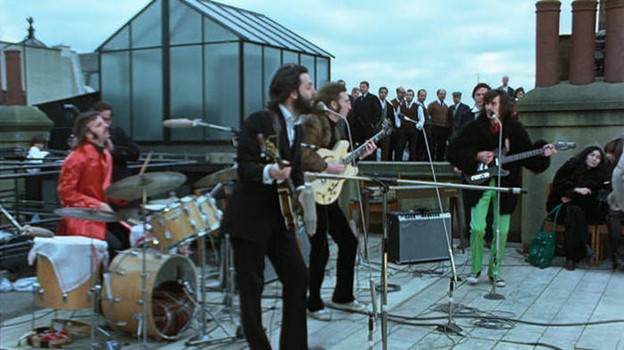 As a life-long Beatles fan, I eagerly awaited the release of director Peter Jackson’s marathon documentary about the closing chapter in the legendary band’s story. Three episodes distill 57 hours of film footage and 150 hours of audio conversation into about 8 hours of content, recorded during their Let It Be project. The series covers 22 days in January 1969, as the Beatles worked through their creative process to develop songs for a new album and prepare for their first live concert in two-and-a-half years. Much of the material John, Paul, George, and Ringo developed over those three weeks appeared on Let It Be, Abbey Road, and solo albums after the band broke up the following year.

In terms of creating new music, the Get Back documentary offers a fascinating peek into the way unformed ideas iterated into some of the most popular music of the last century. A melody line without lyrics, a bass riff, or a pattern of guitar chords morphed from the raw material into a finished product in a matter of days as the Beatles applied their gifts to the creative process.

As creators, the Beatles were masterful. Prolific and provocative, they pushed pop music boundaries in an unparalleled fashion. But the Beatles were, and still are, a business. In addition to rich musical creativity insights, the Get Back documentary shines a light on the Beatles’ organizational leadership. Here are four leadership lessons from the documentary:

A second outcome following this project was the break-up of the Beatles. Since that time, the remaining Beatles, Ringo Starr, and Paul McCartney have discussed the reasons behind the break-up.  Challenges accompanying fame, business issues, personal, and family dynamics all played a role. Still, I wonder how things might have been different with a few leadership adjustments. Note to Self: Just Let it Be.

Whether you have specific questions or are just curious about our services, we want to connect with you.

Partnering with you in the process of defining, refining, and aligning you with your vision.